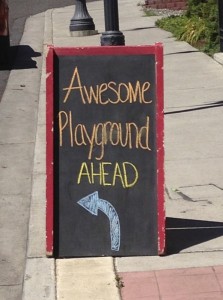 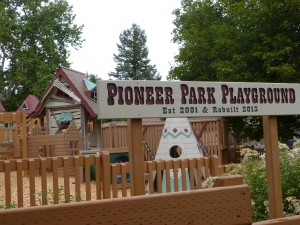 What we know as the Pioneer Park playground began as a dream of several local parents who got together and decided that the community needed a better playground, one that would provide children with more challenges, exercise, and good old-fashioned fun than any playground in Pendleton. Several of these parents were AAUW members.

In the fall of 1999, this group enlisted the support of the Pendleton AAUW Branch to lead the planning this new children’s playground. A community committe was formed to mobilize Pendleton’s strong sense of civic pride and channel this energy into developing an incredible playground. Working closely with the City, several local parks were given careful consideration prior to recommending Pioneer Park, located between NW 4th and 5th on Despain Ave in Pendleton’s North Hill neighborhood.

An architect firm from New York was chosen that specialized in community builds on projects just like this one. The Robert Leathers & Associates firm was known nationwide for their innovative and creative playground designs. The architect for our project, Dennis Wille, designed the Pioneer Playground with the help of hundreds of “junior architects” from the Pendleton grade schools. Project members spent hours going into all the classrooms, working with and listening to the children; their ideas were incorporated into the final design. The overall theme of the fort was designed with the park in mind; there remain several pioneer grave sites across Pioneer Park and the group wanted to stay mindful of that history.

Following lots of fundraising, the community build took place in June 2001.  Hundreds of volunteers were involved and the final playground became one of the community’s best used parks and facilities for years to come. However, an arson fire destroyed the playground in October 2012.

After some discussion with City of Pendleton staff and community members, the AAUW Pendleton Branch agreed to lead the rebuild project. Members and several dedicated community volunteers worked closely with City Parks & Recreation staff to come up with a plan and design that honored the original playground, while incorporating new features as well.

Financial support from local sources including numerous businesses and the Wildhorse Foundation and Pendleton Foundation Trust allowed the project to move forward with the new design plans. Donations from across the community came in, as well as funds from selling pickets for the new fencing. Volunteers were asked to sign up for the rebuild event, scheduled for a full week in June 2013.  The weather cooperated mostly, and the grand reopening event and volunteer appreciation barbecue took place on June 23, 2013.  A great day was had by all!

A dozen volunteers and AAUW members finished work on some projects in September 2013, including the picket fencing and the south entrance sign. A donor board commemorating the rebuild project was installed December 2013. The ‘second phase’ of this rebuild project continued in 2014 and 2015, with a small group of folks continuing to work with City staff to utilize a remaining balance of funds to finish items that we knew would not be completed during 2013. Items in this final phase of the project include: additional seating outside of the playground, ADA access in the south parking lot, completing a sidewalk along the east side of the playground to improve access, and building a picnic shelter for the community to use. Some final landscaping needs around the playground and picnic shelter will also be addressed. These final items should be completed in 2016. 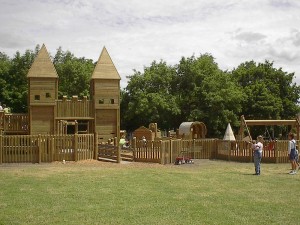 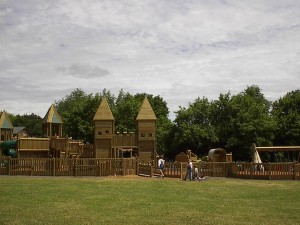 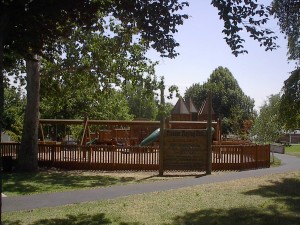 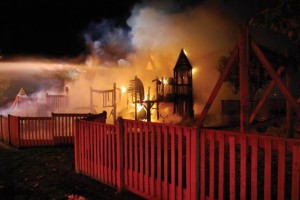 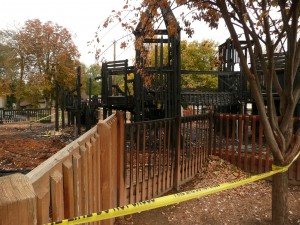 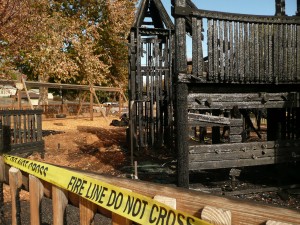 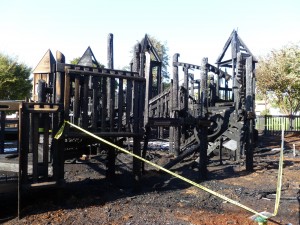 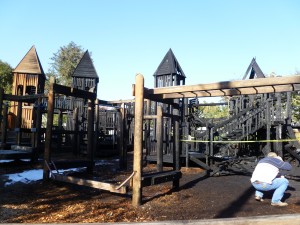 Community Meeting with Architect to discuss rebuilding the playground 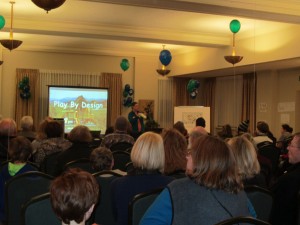 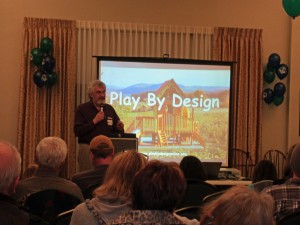 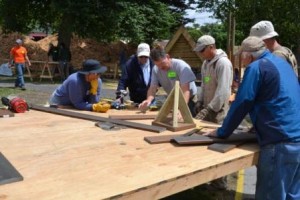 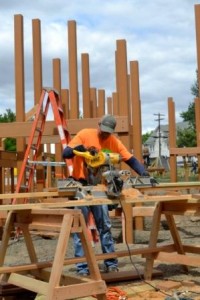 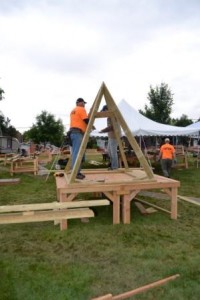 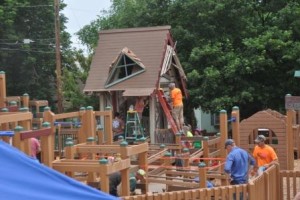 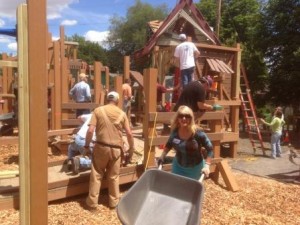 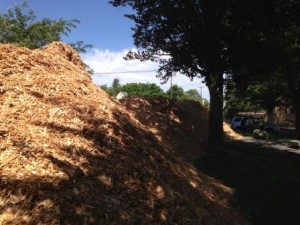 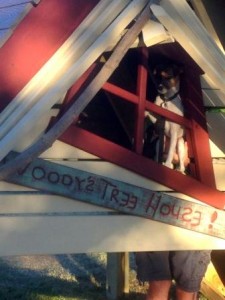 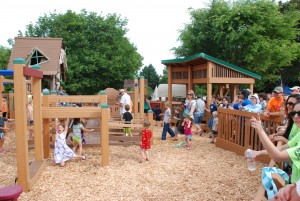 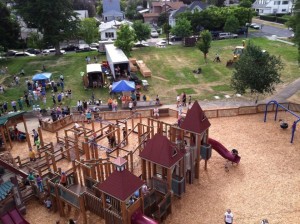 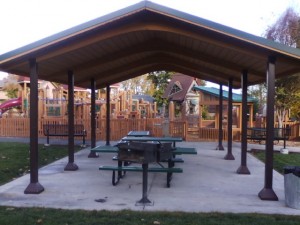 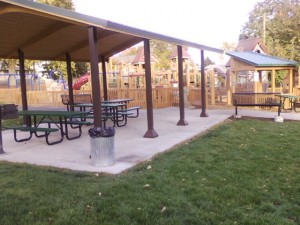 Fun Facts from the construction week – click on link below: